Price: $ 11.045
A magnificent early 16th century and later Italian throne chair ,constructed from walnut and being lavishly carved with fruit wood geometric marquetry.
Having a high back and a large carved centre panel depicting a saint with the inscription ; Scentia Primales and flanked by two solomonic columns with duel mask capitals.
The carved arms in the form of a pair of recumbent sphinxes flanking a solid seat with a marquetry boarder, above a triple paneled marquetry base with four octagonal columns supports.
Italian Renaissance chairs such as this one are rare survivors and are a testament to the Italian craftsmen of the Renaissance period. The Marquetry is indicative of Italian Renaissance choirs stalls which can be found all over Italy. A great example is the Basilica of San Domenico ,which is one of the major churches in Bologna, Italy. Renowned for its 102 surviving choir stalls showing Italian Renaissance carving at its best, by the Dominican friar Damiano da Bergamo (1528–1530). Between 1541 and 1549 they were inlaid with intaglia by the same artist, using a series of drawings from a book by Giacomo Barozzi da Vignola, and carved by his brother Stefano da Bergamo.
The chair has had some termite damage to the backboards at some stage (no longer active) and some restorations commensurate with age, but overall the chair is in excellent solid condition.
Seat Measurements;
Height 56.5 cm
Width 51 cm
Depth 44 cm
Overall measurements;
Height 174 cm
Width 76 cm
Depth 57 cm
Write review 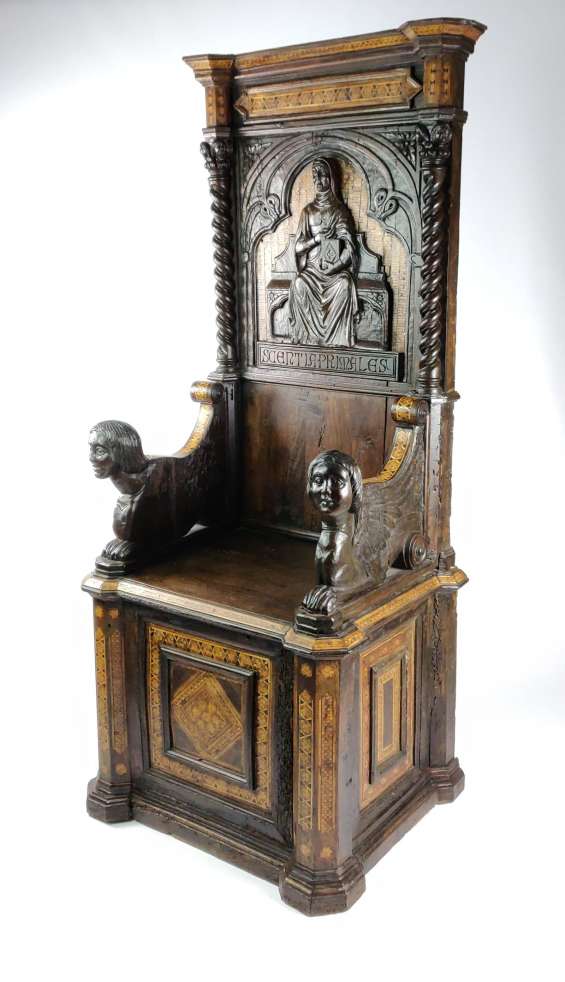 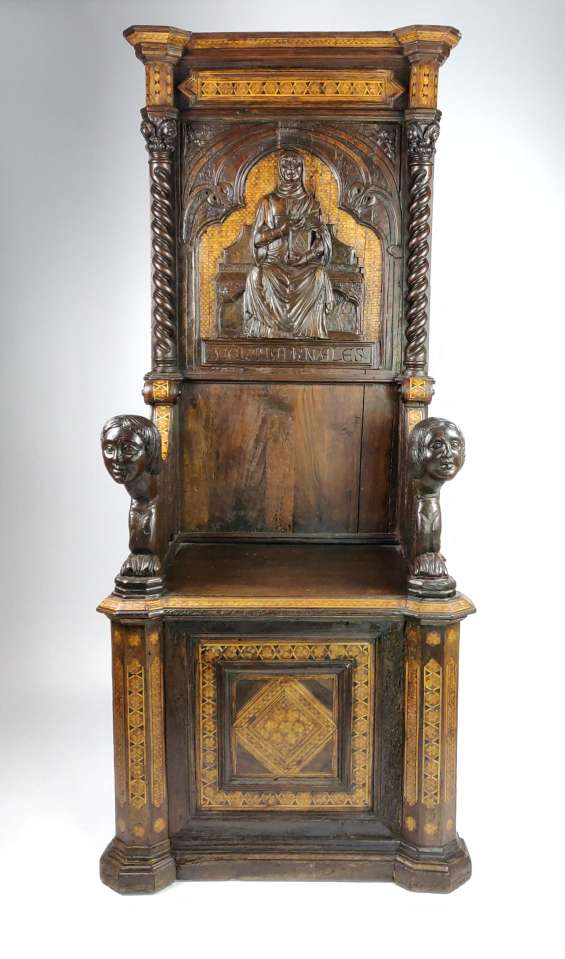 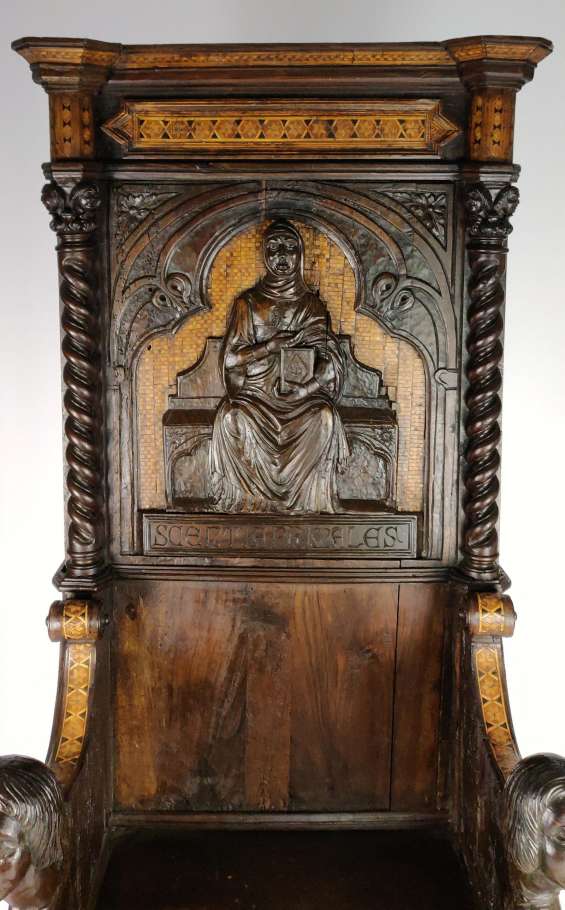 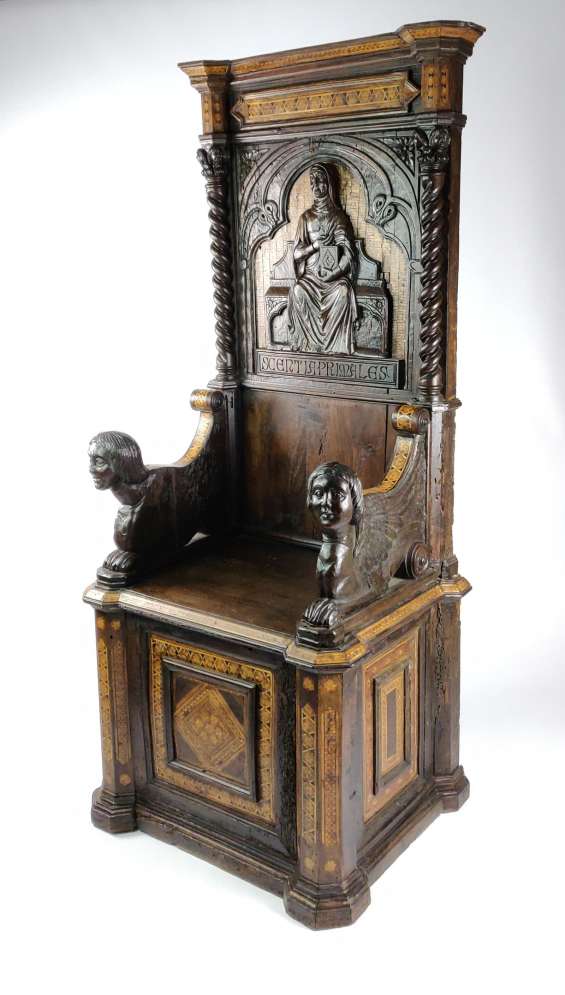